The CFA trains young, responsible, competent and action-oriented creators. Located in the heart of Végépolys, the global specialised plant competitiveness cluster, it includes the site of the ESA in Angers in the higher education sector and four sites in professional lycées (higher secondary schools) in the Pays de la Loire region.

ESA’s CFA: at the service of young people and business 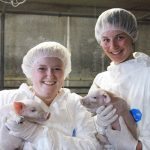 Our eight undertakings in relation to quality

The 22 agricultural lycées of the Pays de la Loire CNEAP (national council of private agricultural educational establishments) are bound together by ESA’s CFA. In particular, the latter is the driving force behind the promotion of a common “quality process” for apprenticeships in a network of 5 lycées.

FESIA (Fédération des Ingénieurs pour l’alimentation, l’agriculture et l’environnement – French network for Education and Research in Life Sciences) groups together ESA in Angers, ISARA in Lyon, ISA in Lille and EI PURPAN in Toulouse, four private higher educational establishments under the supervision of the Ministry of Food, Agriculture and Fisheries. It enables fifth year engineering students to move between the four establishments and to have access to an international network of 150 partner universities on the five continents.

Being an apprentice means putting all the chances on your side when it comes to succeeding in your professional life. The fact of having completed an apprenticeship is an additional asset on your CV as it demonstrates rigour, autonomy, a sense of reality and professionalism on the part of a young graduate. 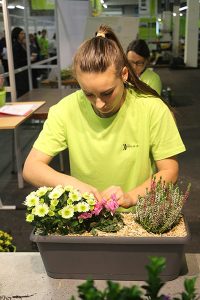 5% only break their contract during the training at ESA’s CFA
90% exam pass rate.

6 reasons to be an apprentice at ESA’s CFA:

To become an apprentice at ESA’s CFA, you must have:

If an apprentice has not found a company, the ESA’s CFA organises two “starter” days between April and June to help young people who have been admitted to training.

To prepare apprenticeship supervisors for their role, ESA’s CFA organises training modules for them: management of teams, transmission of skills and even intercultural relations in the case of foreign apprentices.

To become an apprenticeship supervisor, you must have:
Either 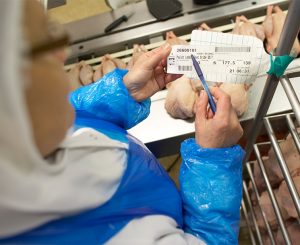 The role of the CFA and, more particularly, that of the trainer are:

The CFA allows BTS and engineering apprentices to incorporate an international dimension into their training curriculum, according to their wishes:

ESA also has a unique and innovative programme called “I²FA”. It allows a company to train a young foreigner in its culture and to increase the potential of its subsidiary in the country of the student via a work-study programme. The I²FA programme schedules a school-business work study placement during the two years prior to obtaining the engineering diploma awarded by ESA.

See also...
Train yourself and your employees

Do you have a question ?